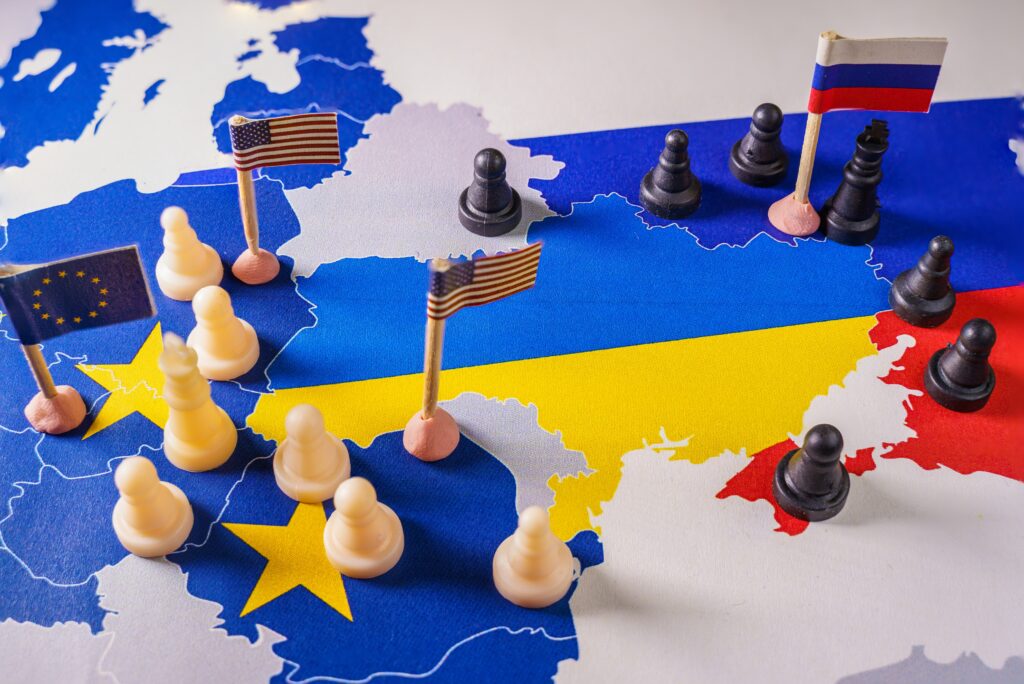 Although political risk is hardly new, the events of the past few years have brought renewed attention to this risk type. The Covid-19 pandemic brought unprecedented levels of government intervention in the economy around the globe, while the Russian invasion of the Ukraine has generated political risks associated with war and terrorism. In this article, we’ll explore what political risk is, how thinking about it is changing and what kinds of steps companies should take to improve the way they identify and manage political risk.

What is the definition of political risk?

There doesn’t seem to be much of a consensus for the definition of the term “political risk“. Often, the terms “country risk” and “political risk” are used interchangeably. When the term political risk is used in this sense, the risk issues being focused on often include expropriation, currency and trade controls, changes in tax and labour laws and regulatory restrictions. Other wider, social issues can be added in, such as public opinion, political protests, alliance shifts, revolutions and coups. However, other risk experts and academics say country risk and political risk are quite different risk types, and that “country risk” ignores the international political risk dimension.

Two different definitions of political risk that may be helpful are:

One of the big differences between these two definitions is that the first seems to confine itself to the official actions of a government, while the second speaks more broadly of political forces, which could include non-official government actions – including activities by individuals in roles of political power – as well as actions by non-government political actors.

Taking this line of thought further, companies may want to consider looking at elements of other parts of their enterprise wide risk management programme through a political risk lens. One example of this is the anti-money laundering regime many companies are required to have – including compliance with politically exposed persons requirements and the risks associated with doing business with politically exposed persons. Elements of bribery & corruption could also potentially benefit from a political risk view, when the activities involve political people or projects.

In a similar vein, the concept of “business risk” is usually taken to refer to the risk that unexpected or adverse issues occur within the environment within which the firm operates, resulting in a detrimental impact on the firm. Business risk issues typically include systemic risks, sovereign risks, economic cycle issues, project risks, resourcing issues and changing market or regulatory practices. In this sense, mismanagement of the economy by a ruling political party may also be considered a form of political risk, as evidenced in many countries, such as Zimbabwe, Cuba and North Korea.

How well is political risk managed?

The role of political risk in enterprise risk management programmes has evolved over the past few years. The impact of government interventions in the economy and other actions during the Covid-19 pandemic has shaken what some observers felt were complacent views in the C-suite and at the board level about the role of political risk within an enterprise risk management framework.

According to a recent poll, the need to better anticipate and mitigate risk is why 94% of executives report moderate or significant changes in the past 12 months to their organisation’s political risk management approaches. These companies are taking action because their leaders seem to feel less confident in their ability to manage political risk. Before the pandemic, 74% of global executives were highly confident about their company’s ability on this front; today, only 55% are.

The fact that political risk is an external risk can often make it seem like it is difficult to manage. Sometimes, companies with certain types of political risk exposure have chosen to transfer those risks through political risk insurance. Many larger companies will have dedicated government relations teams, who play a role in managing political risk. Other companies may hire consultants or receive reports on political risks that could impact them. However, some companies have – until recently – viewed political risk as something that can only be managed when there is a loss event, not before.

How will the unfolding conflict in the Ukraine change the way companies think about political risk?

In short, the impact of this political risk event is being felt both globally and locally in a very wide range of risk categories. There is little doubt that as the situation continues to unfold, the types of loss events will continue to evolve.

What should companies do to better manage political risk?

As companies look to enhance their political risk management as a result of the events of the past couple of years, they should consider the following potential improvements:

The last decade has seen a much greater level of political risk, as a result of a wide range of different events. Companies concerned about their ability to manage political risk in the past can use these recent events as case studies upon which to build an improved approach. While the Covid-19 pandemic and the conflict in the Ukraine provide two extreme scenarios, firms should also remember to consider the identification and management of local or national political risks that may be less vast but could still have significant impacts. Companies can do much to enhance the way they detect and manage political risk within their enterprise risk management frameworks, with the right resources and processes.

Political Risk Exposure and Management in Multi-National Companies: Is There a Role for the Corporate Risk Manager?

EY: The CEO Imperative – Are you making political risk a strategic priority?

Financial Times: West to impose sanctions on Russian central bank and cut some lenders from Swift